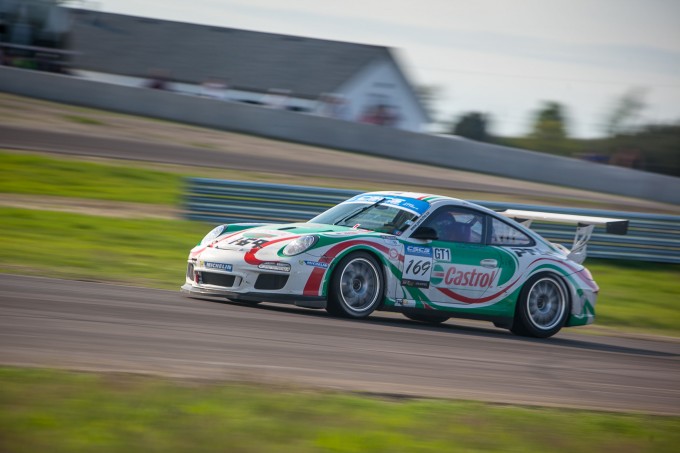 Over five thousand excited fans came out to the all-new Canadian Tire Motorsports Park Driver Development Centre (DDT) to cheer on the competition at the Canadian Sport Compact (CSCS) Season Opener. The new track facility is a 1.8 mile road-course complete with fast banked turns, tight technical sections, and a proper pit lane wall parallel to the straight allowing spectators and crew an excellent vantage of all the on-track action. Along with the new track layout the Season Opener introduced new rules for Time Attack and Drift designed to push competition to new levels of speed and skill while simultaneously promoting a greater degree of safety and preparation. 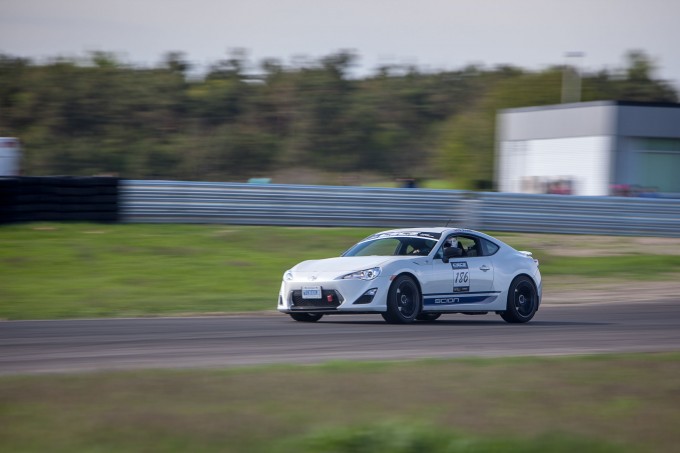 Fans were once again treated to a record breaking show as competitors and sponsors truly stepped up for this season; a huge thank you goes out to presenting sponsor Scion Canada who brought out over fifty Scions including two of last year’s Tuner Challenge cars! They were fully engaged with the fans offering on track ride-alongs and also vehicles ready to test drive allowing users to fully experience the Scion brand. Featuring Show & Shine, Drift and Time Attack with hundreds of competitors and thousands of fans this was the biggest CSCS event ever held at Canadian Tire Motorsports Park DDT. 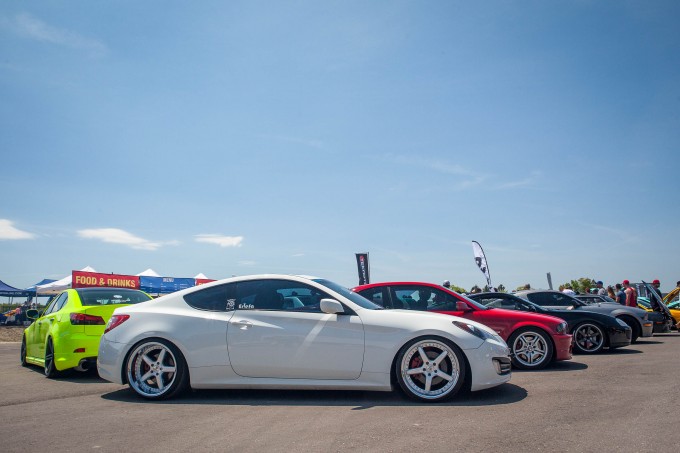 The CSCS Tuner Cup Show & Shine competition is unlike any other show series. With classes available for all makes and models, competitors compete over five events for three separate awards per event all rolled up in one crowd-drawing competition for a series champion. At each event competitors face off in their class against similar makes or models, then they are also entered by default into the Speciality Awards category featuring points and prices for Best Of’s such as Engine, Paint, Interior, etc and above all these custom masterpieces automatically compete for the prestigious Best of Show awards for the top three car of the event; and ultimately the best showcar of the year. The CSCS Season Opener drew over one hundred competitors and a few familiar faces, including last year’s Champions who attended the 2013 Championship Awards Ceremony. 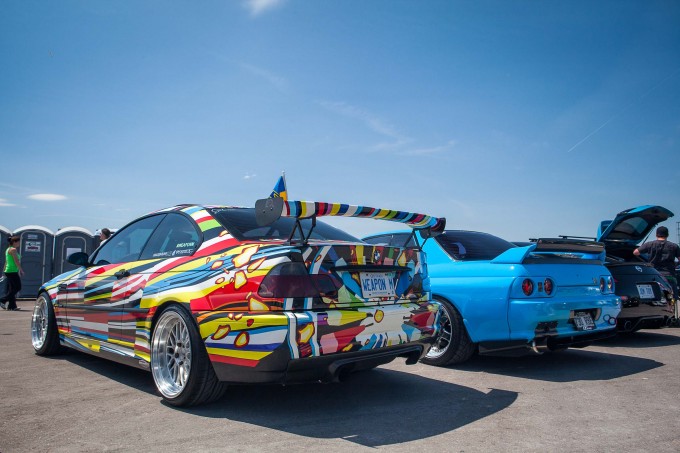 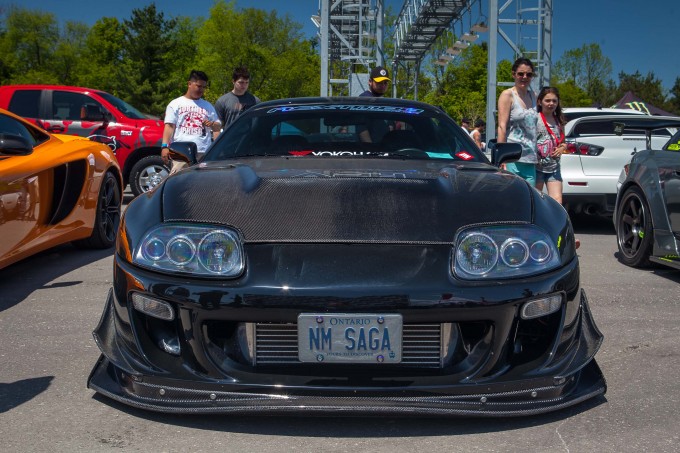 Over at the CSCS Drift circuit competitors were on track early familiarizing their cars with the new layout. Following the bank at turn two, competitors were expected to initiate early, ride up to the wall come down the bank and around a clipping point then hit two more clipping points on the return uphill! Fans witnessed a dramatic show with competitors pushing their cars with a variety of close-calls and tire-smoking full speed wall riding drifts. Fan favourite father and son team of Claude and Maxime Poirier’s LS powered 240sx was running solid lines all day until an untimely engine failure sent the block of the LS motor all over the front straight. This opened up the competition allowing the top 2 battle to come between Cody Loughead’s built LS6 powered 240sx against the one-of-a-kind sr20det powered BMW 325i of Stephen Van Sleuwen with Cody’s power advantage and veteran skills pushing him to a first place victory. 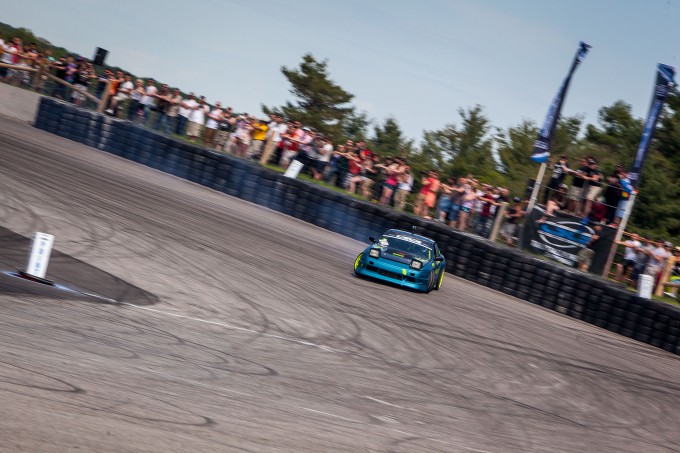 The main feature of the CSCS Season Opener has been the constantly growing Time Attack Championship Series. Racing against the clock and their competitors, Time Attack drivers had to adjust accordingly to a whole new set of rules pioneered at this event. Combined with a brand new track, the stage was set perfect for fast drivers chasing perfect lines to shed precious seconds in order to be the first to set class records. 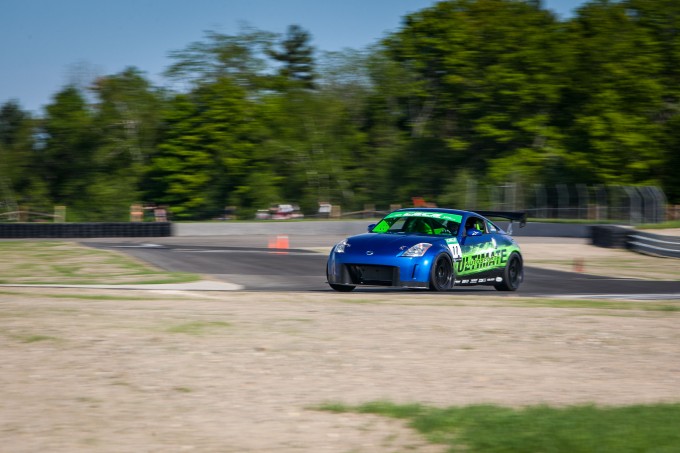 The always competitive Street FWD class saw Eric Dalla Riva’s Integra Type R set a time of 1:42.113 beating out Raymond Lee’s Prelude by only fractions of a second! The new class rules made Super Street RWD full of competition but this was no matter for Vince Strati’s prepped 240sx; with a focus on clean consistent lines Vince took the class win with a ridiculously fast class time of 1:34.777! 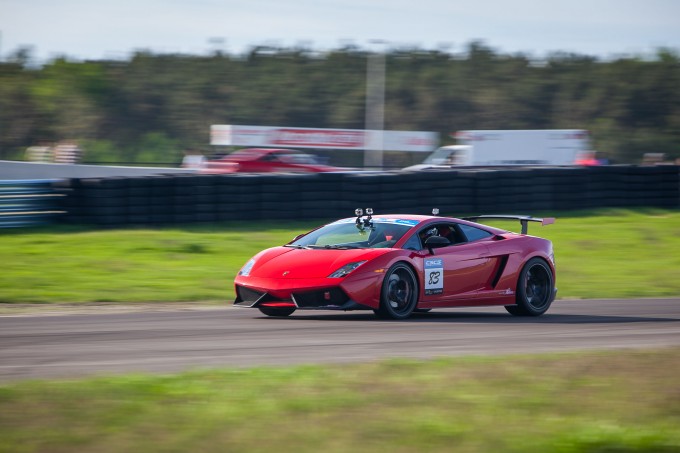 The anticipation all day however was building around the Unlimited AWD class featuring fierce competition between the top three drivers: Keta Chen’s SpeedStar tuned Lamborghini LP560, defending UAWD Champion Mike McGinnis in his Subaru GC8 and Can-Jam Motorsports Subaru STI driven by Richard Boake. Fans were treated to an intense show, and with the ability to track times live at the event via livetiming.net/CSCS every laptime set upped the pressure for the next competitor. 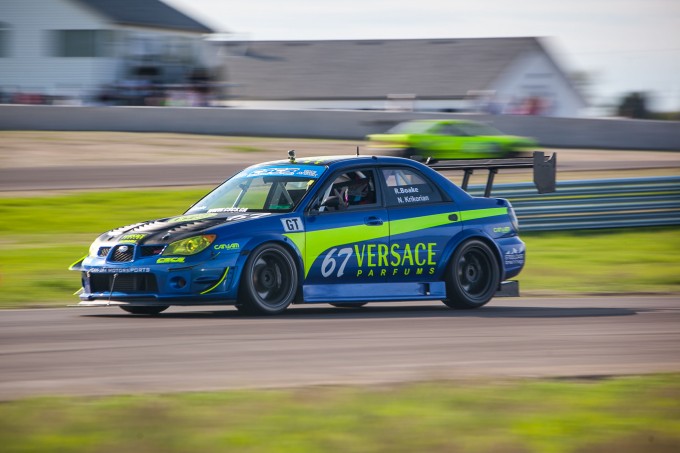 In the end, Richard Boake’s Can-Jam powered Subaru set an unmatched time of 1:27.024 – a full three seconds ahead of the next fastest car! With two more tracks to come before the Canadian Sport Compact Series returns to DDT anything can happen for the 2014 Championship, stay tuned. 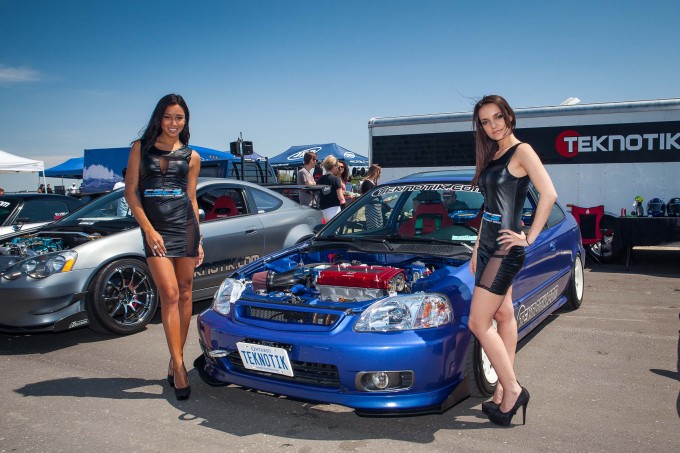 CSCS would like to thank all of the sponsors, competitors, volunteers, and fans who make each and every record breaking event possible. All Time Attack laptimes and classes can be found online at livetiming.net/CSCS, event photos, results and points are also available online at cscs.ca. The next event in the CSCS Championship for competitors to ‘Prove it at the Track’ is Beach Burnout Sunday June 29th at Grand Bend Motorplex.