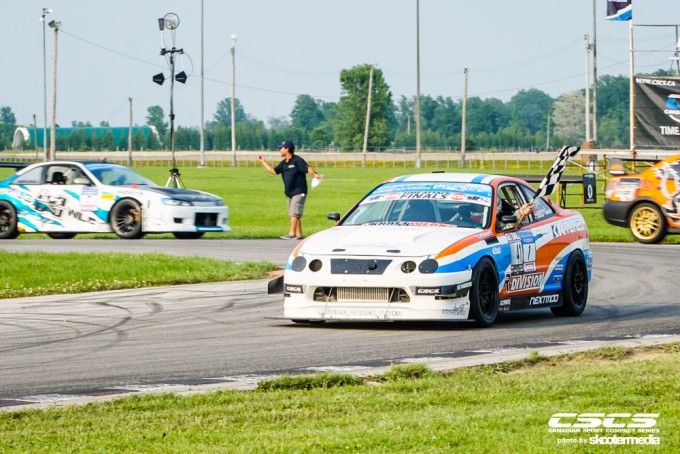 Toronto Motorsports Park in Cayuga, ON this past Sunday for an event like no other, featuring Drift, Drag 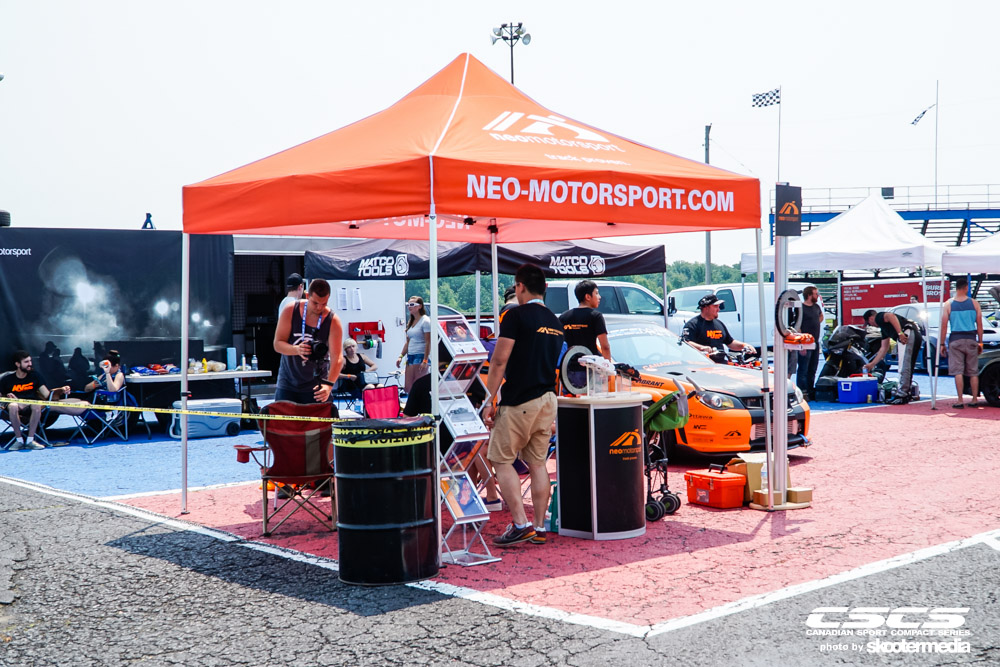 CSCS Drift started off the day with drift practice and qualifying. Right from the morning, the sound of

entries and familiar faces. By the afternoon, as the final four tandems full of high speed initiations and wild

angle drifts came to a smoke-filled close, it was Tom Snyder’s Black 180sx beating out the rear wheel

drive and 2JZ-powered WRX of CSCS veteran Riley Sexsmith. With Round 3 moving to Montreal, keep

an eye on the points board for the season as at this point, anything can happen in the race for the 2015 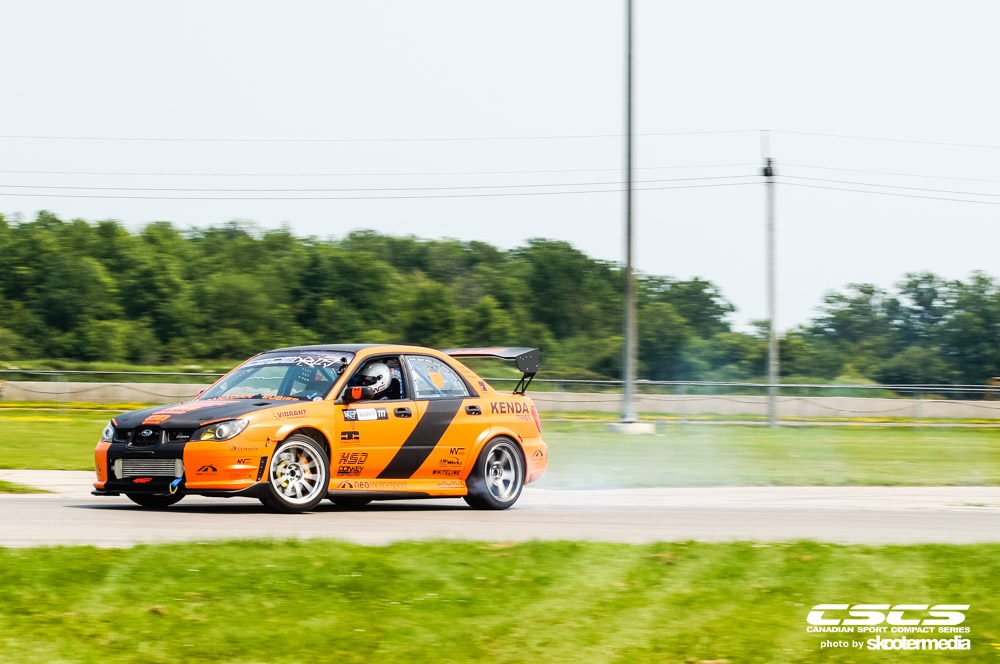 Over at the Drag circuit, competitors were eager to shake down their cars with smoke-filled burnouts and

ear-shattering limiter-bouncing launches in an effort to gain every split-second advantage possible. In the

engined MR2. Clint’s SRT4 also managed to win out in Bracket beating out all the competition there. In

Street Warz, April’s Acura Integra had the fans excited as she took first for a lead in the Championship. 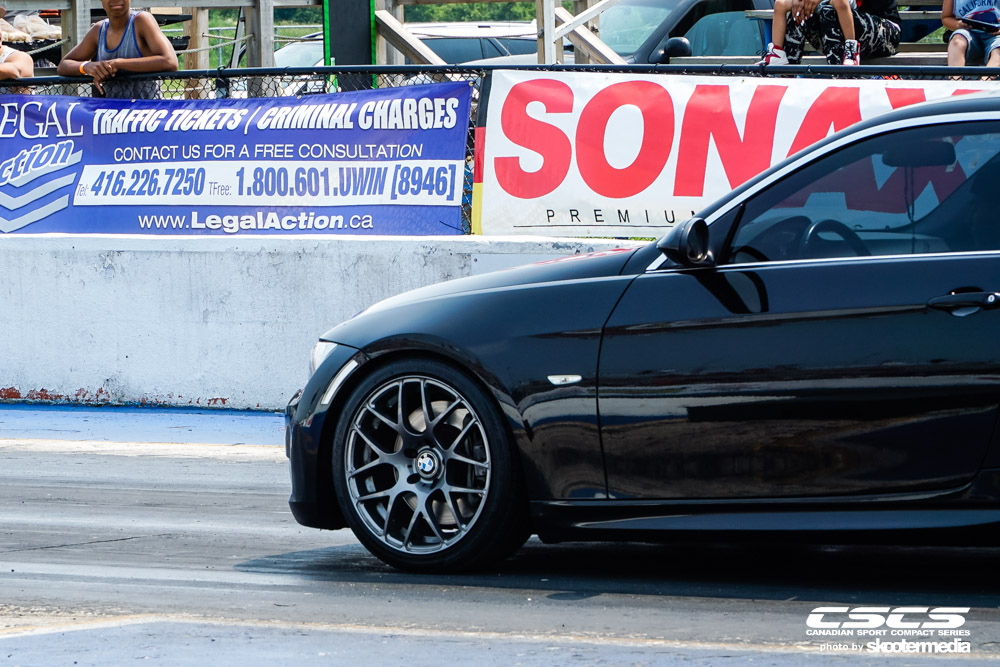 the wildest modifications in automotive style. Judges had their hands full with over 200 competitors

which was definitely a rare sight. Mike didn’t stay parked for long before he decided it was time to show

off what the Ferrari could do with some passes down the drag strip and a few laps around the road circuit. 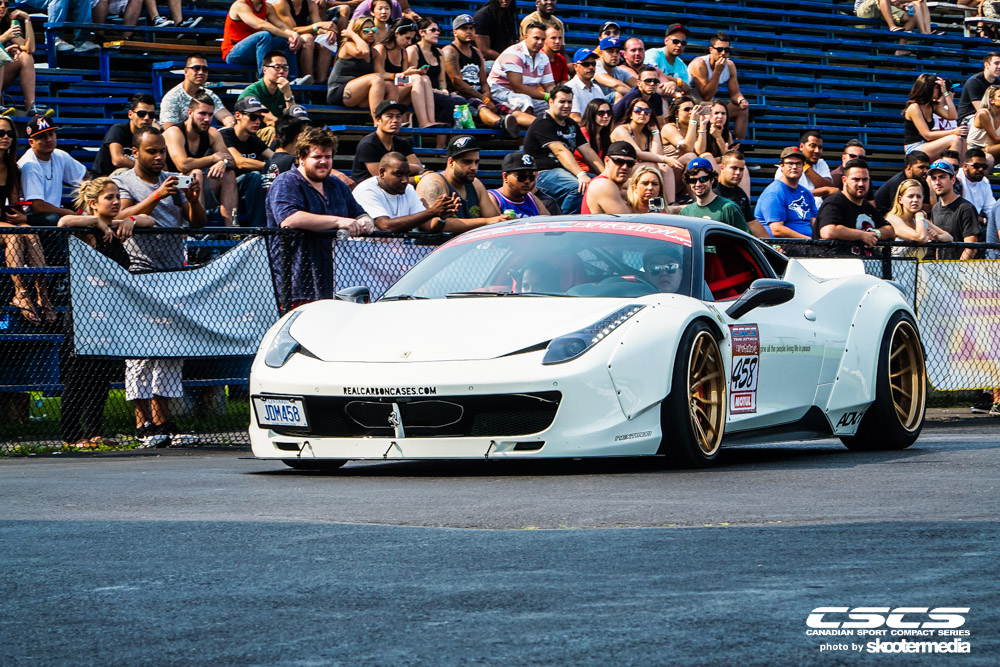 able to beat the long standing record for his class. Ever popular Street AWD was hotly contested by

Corwyn Amendt and Brandon Gomes who were constantly trading time throughout the day. In the end

Corwyn had the best of Brandon securing critical midseason points. 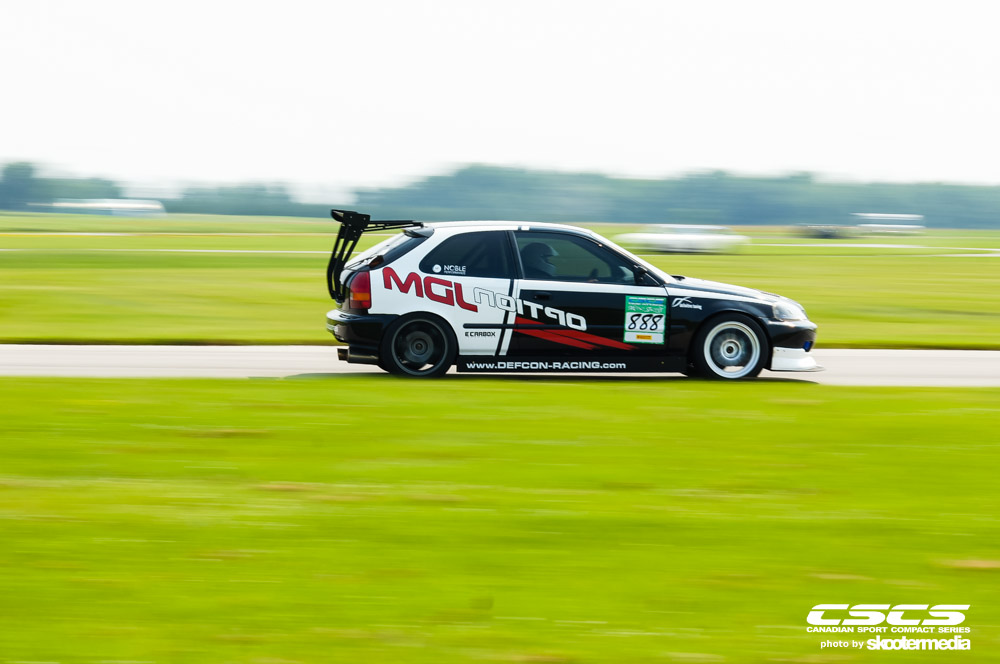 Round 2 saw the first ever CSCS MaxAttack! a heads up, door to door sprint race between 10 of CSCS’s

fastest Time Attack competitors, it was all out war on the track with the fastest cars starting at the back

vying for top spot while passing their competitors ahead. In the end after an intense battle James

to round 3 for more MaxAttack action when we visit Quebec to go head to head with their best drivers. 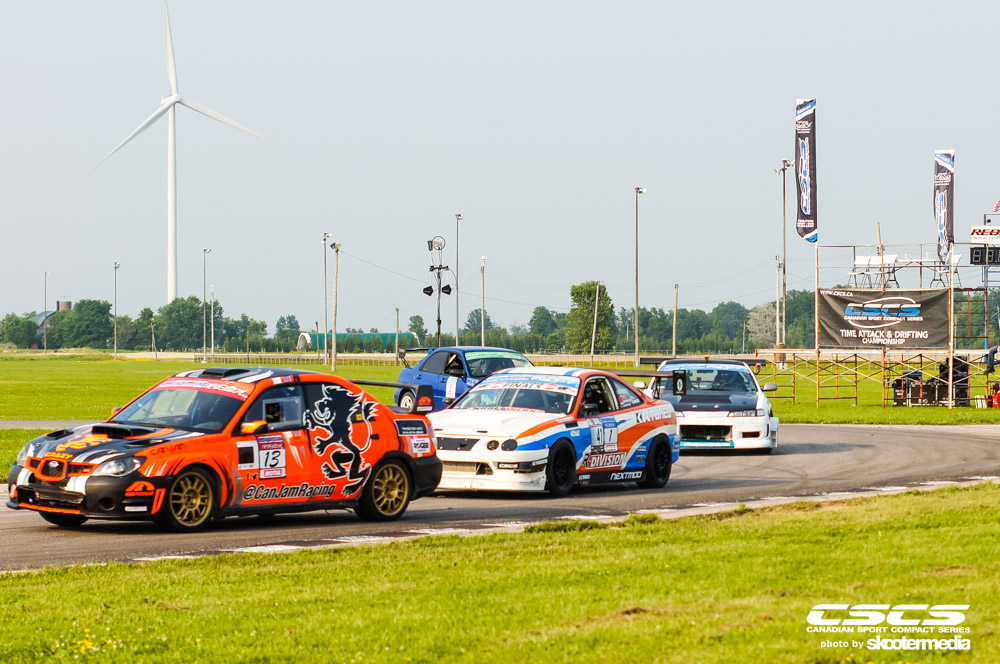 CSCS would like to thank all of the sponsors, volunteers, competitors and of course the loyal fans that

make the event possible. See you Sunday July 26th at ICAR, Mirabel in Montreal for more ‘Prove it at the